The Bureau of Caucasian Affairs

In the coming weeks, we will be focusing on the topic of Native humor. What it is, how it is unique from other ethnic comedy, and where it is slowly but surely showing up on television and film.

Just in the past year, Rezolution Pictures from Montreal has produced a contemporary Native comedy, Moose TV, which will be airing on Canada’s Showcase Network in 2007. Actors Nathaniel Arcand and Dakota House have written and produced a skit comedy pilot, NCTV, with a distinctly Aboriginal flavor whereas comedians like Don Kelly, James and Ernie, and Don Burnstick are developing a following throughout North America.

Drew Hayden Taylor also has written extensively and directed a documentary, Redskins, Tricksters and Puppy Stew detailing the cultural significance of humor in Indigenous communities. …So, you want a taste of Indian humor?

Ann Little Running Deer is an upbeat, tireless advocate of Native culture who administers sites on both MSN and Yahoo. She’s also very funny. Read what she shares with us today… (Disclaimer:  Fellow white folks, the following news item isn’t true. Is it?;)

United Native Americans are proud to announce that it has bought the state of California from the whites and is throwing it open to Indian settlement. UNA bought California from three winos found wandering in San Francisco. UNA decided the winos were the spokesmen for the white people of California. These winos promptly signed the treaty, which was written in Sioux, and sold California for three bottles of wine, one bottle of gin, and four cases of beer.

The Indians hereby give the whites four large reservations of ten acres each at the following locations: Death Valley, The Utah Salt Flats, The Badlands of South Dakota, and the Yukon in Alaska. These reservations shall belong to the whites “for as long as the sun shines or the grass grows” (or until the Indians want it back.)

All land on the reservations, of course, will be held in trust for the whites by the Bureau of Caucasion Affairs, and any white who wants to use his land in any way must secure permission from Commissioner Brightman.

Of course, whites will be allowed to sell trades and handicrafts at stands by the highway.

Each white will be provided annually with one blanket, one pair of tennis shoes, a supply of Spam, and a copy of The Life of Crazy Horse. If your are competent enough, you will be able to be a BCA reservation superintendent.

Applicants must have less than one year of education, must not speak English, must have an authoritarian personality, proof of dishonesty, and a certificate of incompetence. No Whites need apply.

Commissioner Brightman also announced the founding of four boarding schools, to which white youngsters will be sent at the age of six (6). “We want to take those kids far away from the backward culture of their parents,” he said. The schools will be located on Alcatraz Island; the Florida Everglades; Point Barrow, Alaska; and Hong Kong. All courses will be taught in Indian languages,and there will be demerits for anyone caught speaking English. All students arriving at the school will immediately be given IQ tests to determine their understanding of Indian Language and hunting skills.

In honor of the whites, many cities, street cars, and products will be given traditional white names.

One famous Indian movie director has even announced that in his upcoming film, Custer’s Last Stand, he will use many actual whites to play the parts of soldiers, speaking real English, although, of course, the part of Custer will be played by noted Indian actor Jay Silverheels.

Certain barbaric white customs will, of course, not be allowed. Whites will not be allowed to practice their heathen religions, and will be required to attend Indian ceremonies.

Missionaries will be sent from each tribe to convert the whites on the reservations.

White churches will either be made into amusement parks or museums or will be torn down and the bricks and ornaments sold as souvenirs and curiosities.

In the coming weeks, we will be focusing on the topic of Native humor. What it is, how it is unique from other ethnic comedy, and where it is slowly but surely showing up on television and film.
Just in the past year, Rezolution Pictures from Montreal has produced a contemporary Native comedy, Moose TV, which will be airing […] Ann Little Running Deer is an upbeat, tireless advocate of Native culture who administers sites on both MSN and Yahoo and now over 30 other Blogs:). She’s also very funny. Read what she shares with us today… (Disclaimer:  Fellow white folks, the following news item isn’t true. Is it?;)

WAYS THINGS WOULD BE DIFFERENT IF SANTA WERE INDIAN

At bedtime, kids would leave corn soup and frybread for the big guy.

Santa’s new moccasins would be made out of Dasher.

A five pound block of cheese and day-old bread would be under every tree.

His elves would never show up for work on Mondays and sometimes Fridays.

The sleigh would need a jump start every other state and would have one donut tire.

He would be able to navigate his sleigh by pointing his lips.

All his elves would be Hopi’s from the Second Mesa.

According to Indian time, our gifts would arrive in February.

A cocky BIA employee stopped at a farm and talked with an old Indian.

He told the Indian, “I need to inspect your farm for a possible new road.”

The old Indian said, “OK, but don’t go in that field.”

The BIA employee said, “I have the authority of the United States Government to go where I want.

See this card? I am allowed to go wherever I wish on Indian land.”

So the old Indian went about his farm chores.

Later, he heard loud screams and saw the BIA employee running for the fence and close behind was the Indian’s prize bull.

The bull was madder than a nest full of hornets and the bull was gaining on the employee at every step!!

The old Indian called out, “Show him your card!!” 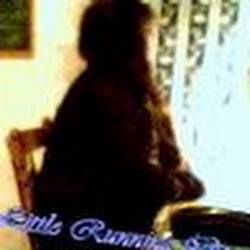